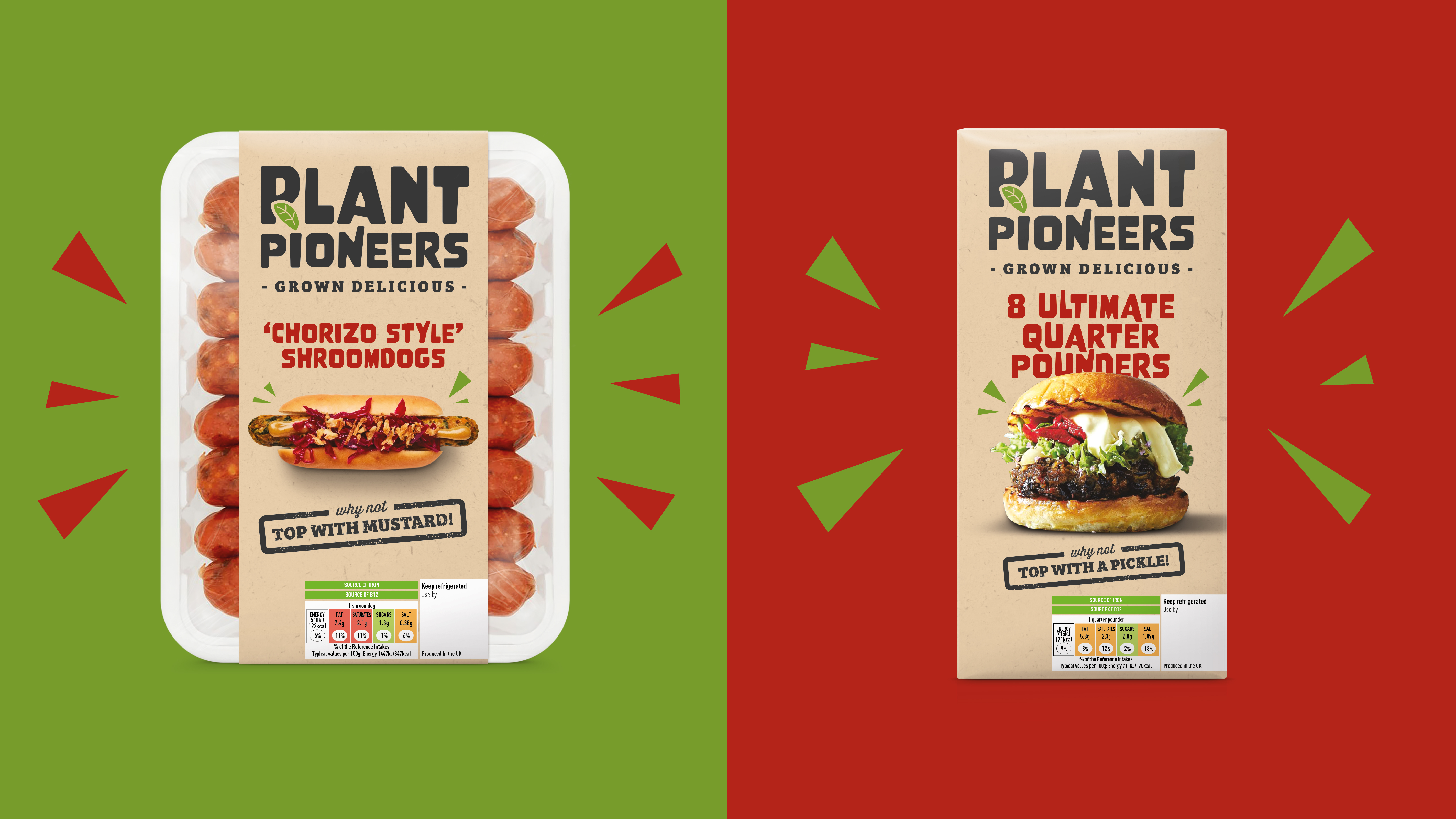 Jumping on the Veganuary Bandwagon

On a dark and gloomy January evening, I decided to make the arduous journey to West London in the pursuit of vegan treats. As a branding and packaging agency, we’d recently brought to market a game-changing new vegan range, Plant Pioneers. I was keen to explore what other vegan options London had to offer, so I persuaded my colleague Louise to come with, under the guise of ‘research’. As North Londoners, we had never before ventured so far on the Hammersmith & City line. Leaving the tube station, we emerged into a mysterious faraway land, known to most as ‘Ladbroke Grove’. Our goal was Portobello Road, where we had heard tale of a vegan night market.

As a self-proclaimed flexitarian, I am always keen to learn more about vegan foods. Louise was eager to discover tasty vegan recipes to prove to her Greek family that meals can exist without meat. The market had a welcoming atmosphere, with speakers blasting music and people present from all generations and cultures. I was incredibly excited to see there were also many dogs in attendance.

The market was largely made up of food stalls but also contained jewellery, perfumes, teas and juices to show veganism as a viable lifestyle rather than just a dietary preference. All of the products were created with natural and organic sources. As we passed an organic tea stand, we engaged with the owner of the stall, a charismatic man named Femi. Despite insisting that I strongly dislike tea, I was persuaded (bullied) into trying Femi’s batch of herbal tea. I then proceeded to burn my tongue on said tea, so it was a disaster on all accounts.

As Louise’s stomach started to grumble, I decided it was best to feed her to avoid the emergence of ‘hanger’ (anger due to hungriness). We moved on to survey the food stalls, which offered a variety of food types from many different countries, including Jamaica, Italy and Germany. Chickpeas, quinoa and jackfruit were some of the most commonly featured ingredients. We were pleased to see jackfruit represented as it is a key ingredient in our Plant Pioneers range. Although I did notice that mushrooms, which are also heavily represented in the range, were absent. One of the most significant trends at the market was the use of meat substitutes. Some stalls offered authentic vegan dishes, such as tofu stir-fry, but most vendors chose to recreate meat meals in vegan form. Examples of the recreations were macaroni cheese and a ‘hogless’ roast.

After an excruciatingly long deliberation, which was accompanied by several stomach grumbles from Louise and some hash brown freebies from the hogless roast stand, I finally chose what to eat. I picked a macaroni cheese wrap and a meat-less sausage roll. Both were outstanding quality, and although they provided a different taste to their meat counterparts, they were still delicious. Louise devoured her vegetable wrap and triumphantly sent a photo of her food to her Greek friends, expecting a torrent of jealous replies back. What she instead received was, ‘did you actually eat that?’

We will let you be the judge.

From your silence, I will assume unanimous food envy.

Two vegan wraps and half a sausage roll later (I couldn’t finish it), we encountered a stall that was handing out leaflets on veganism. I expected these leaflets to provide helpful tips on how to move towards a more vegan lifestyle. Unfortunately, the content was demotivating; shaming individuals for not going fully vegan, and undermining flexitarian approaches. This goes against my personal belief in implementing slow sustainable changes, rather than taking on too much at once. Although, the leaflets did provide interesting insights into the nutritional benefits of veganism, such as the fact that vegetarians have lower rates of heart disease, obesity and high blood pressure.

Leaving the market happy and well-fed, I dwelled on how much easier it has become to be vegan. I started to wonder whether Veganuary would soon be a thing of the past, as more people are now turning towards veganism due to nutrition, climate change and ethical concerns. Restaurants that used to only offer one vegan option have now created whole menus just for Veganuary. Even KFC has introduced a vegan option!

The market was a great evening out for Louise and I, where we tried many tasty vegan options and learnt more about vegan brands. However, I have to admit the whole market was slightly pricey, which is something that vegans often have to contend with. Perhaps it is more cost-efficient to buy pre-made vegan dishes. I don’t know if I’ve mentioned it before but there is a great range that is exclusively stocked at Sainsbury’s called Plant Pioneers…