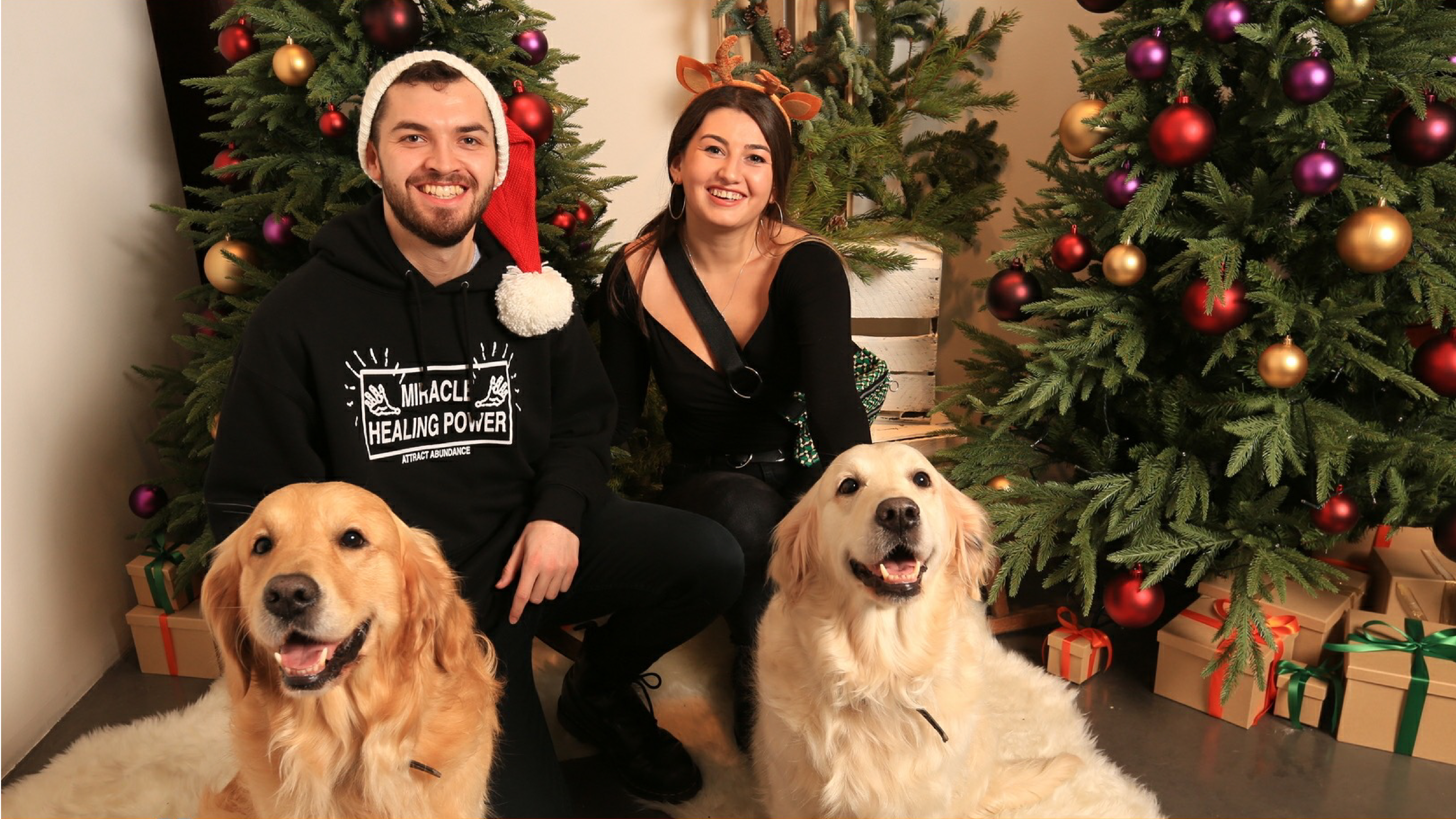 I recently attended a Sainsbury’s event with an unconventional collection of characters. During the event, I watched five mute protagonists celebrate their first Christmas together. As these individuals cannot speak for themselves, I have taken it upon myself to vocalise their journey. The protagonists are, of course, dogs. Cat people, please take this moment to close your browser and slowly retreat.

Sainsbury’s were disappointed that dogs aren’t usually involved in festive celebrations. To rectify this, they put on a ‘Santa Paws Dinner’, where they showcased their Christmas pet range (consisting of dogfood, toys and clothing). As Foster + Baylis work closely with Sainsbury’s pet category, I decided to go along for research (not because I have an unhealthy obsession with dogs or anything. It was purely work-related I promise).

The event took place in Oxford Circus over 3 days in December. All proceeds were donated to Guide Dogs, a charity that helps to support the blind and partially sighted. Some sessions allowed consumers to bring their own dogs and others provided therapy dogs. As my dog has an irrational fear of public transport, lifts, and crowds, and Oxford Circus epitomises all three, I decided not to bring her. I opted for the therapy (dog) session.

There were five therapy dogs in my session, each possessing their own unique personality. Fleur is a classic mother-hen, watching over proceedings calmly from the safety of her dog bed. Betty is Fleur’s polar opposite, and as the resident alcoholic of the group, she is rarely seen without a glass of wine in her paw. Mash is the cheekiest dog. He spent a lot of time poking his nose into other bowls to ensure he received the biggest portion of food. Lily and Boris are a mother and son golden retriever duo. When Boris isn’t playing dead, he enjoys dramatic hair bleaches and discussing how best to get Brexit done. 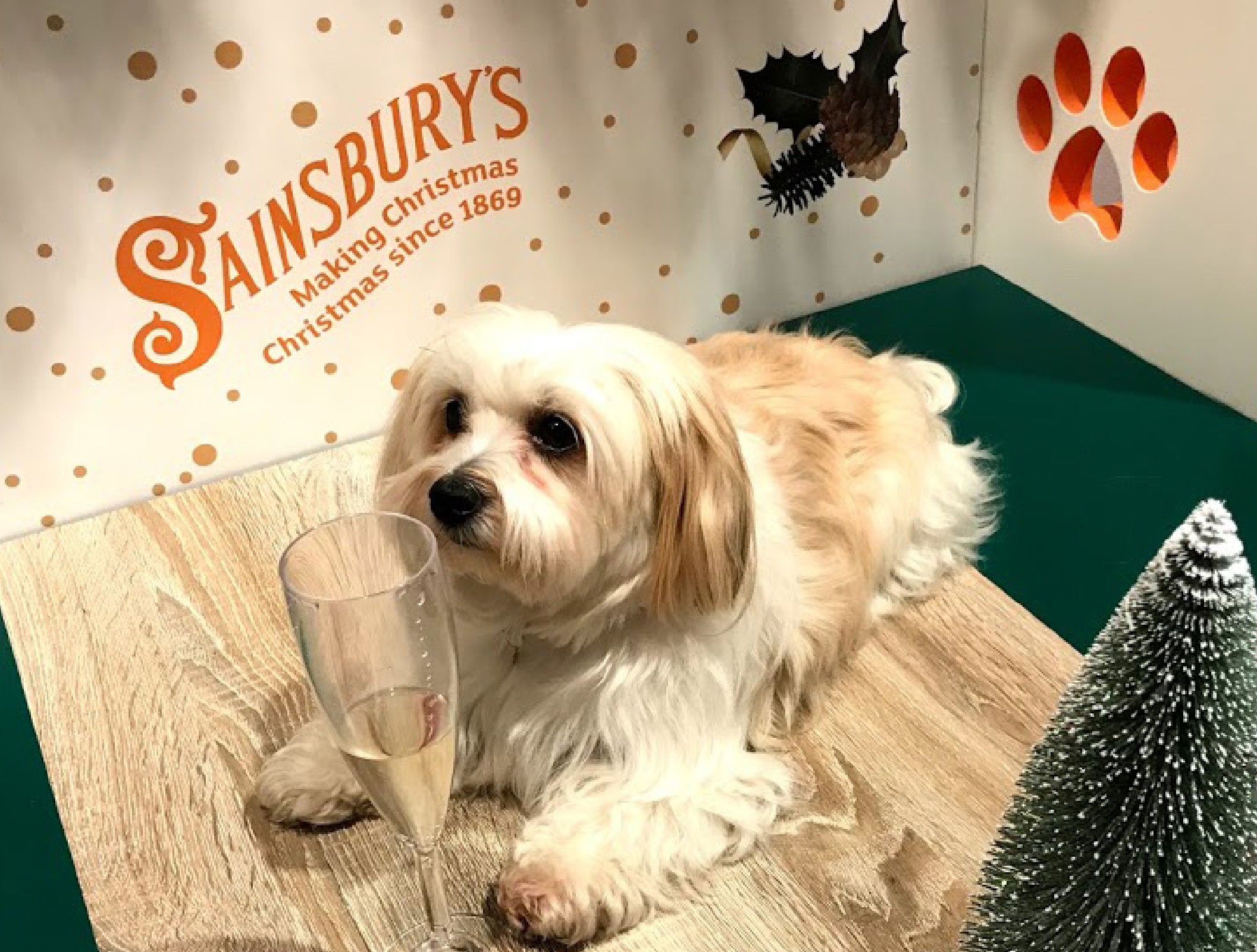 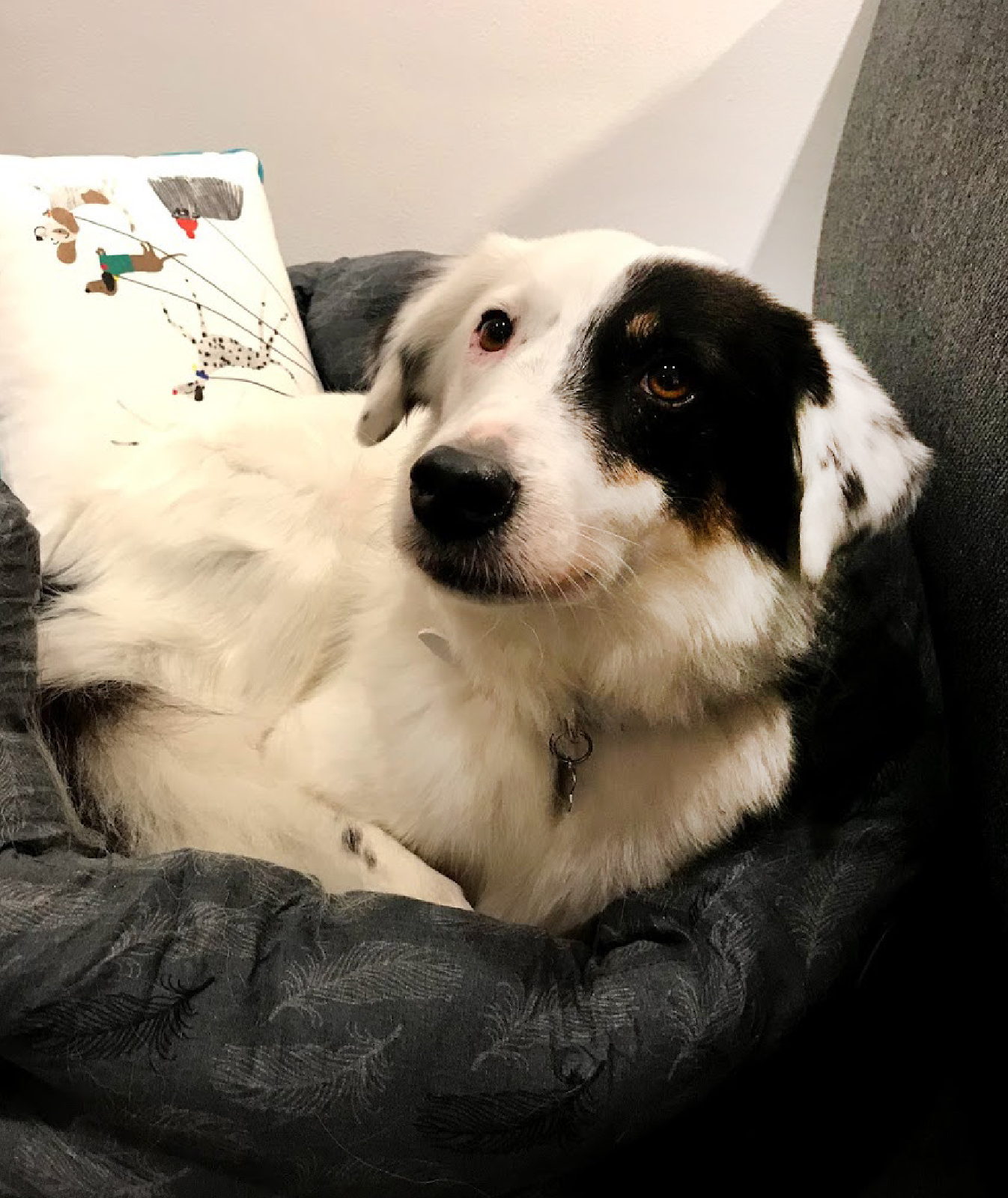 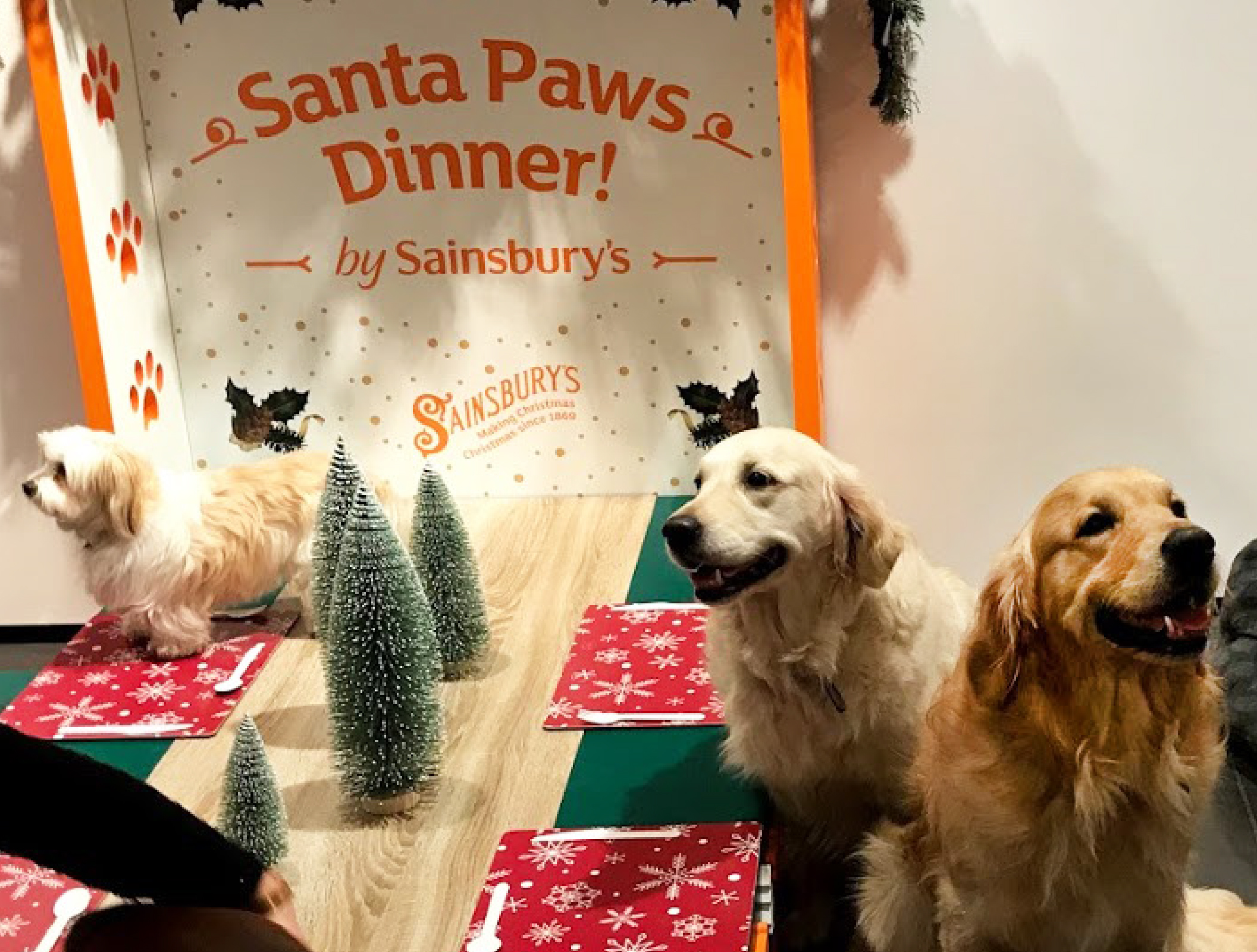 The session began with introductions to each of the therapy dogs. We were then given free time to spend with the animals and their owners. We favoured Mash, who was so energetic he couldn’t sit still. Sainsbury’s decorated the room festively, displaying products from their own Christmas range on the walls and shelves. I was incredibly excited when I spotted some of Foster + Baylis’s designs. Our tasty chocolate creations adorned the shelves. Spot our Cocoa Et Co pug, Larry the llama and Sophie the Sloth. See I told you there was a work-related reason for going! 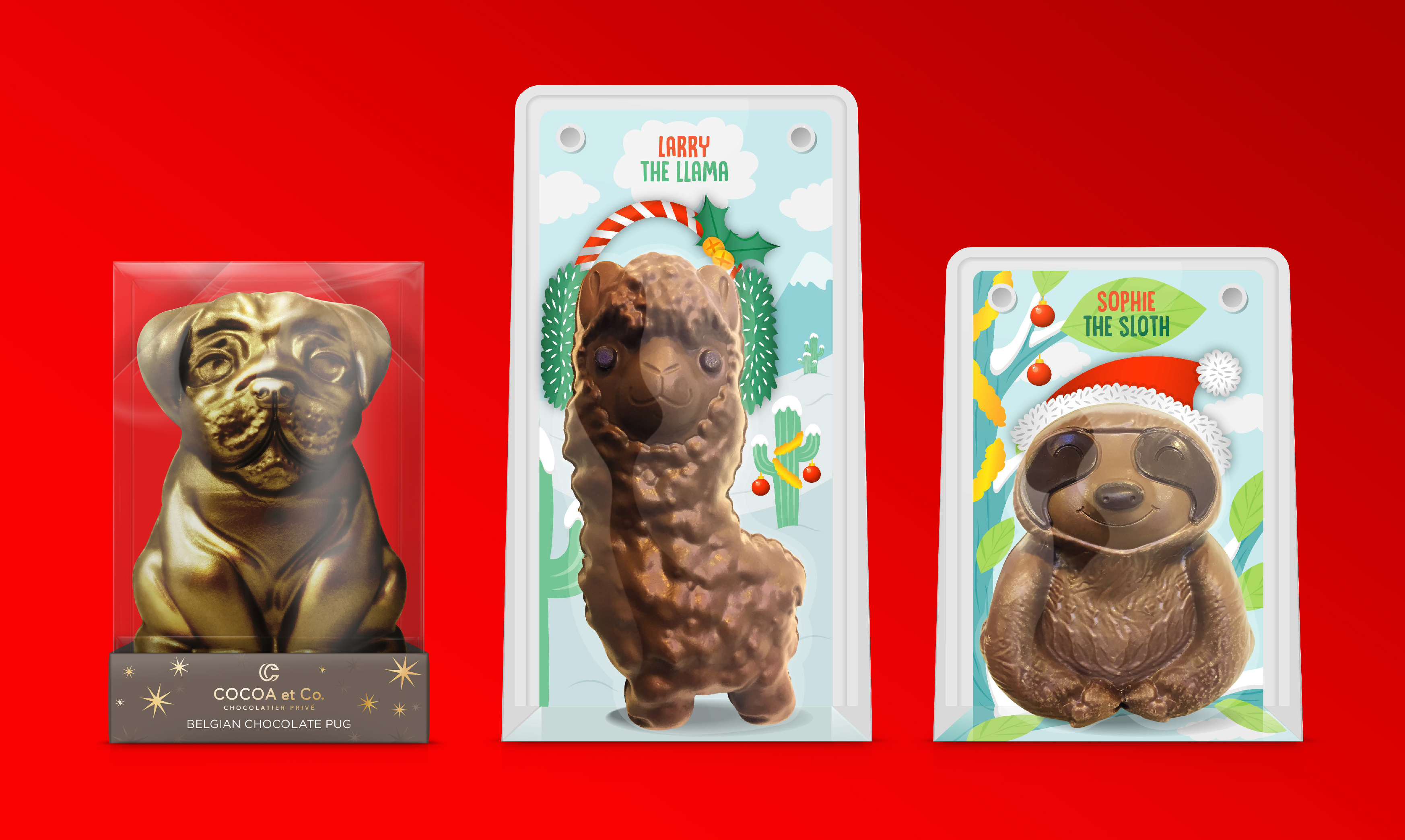 Sainsbury’s also provided a photobooth to take pictures with the dogs. The event catered well for both its human and canine participants, offering two Christmas menus, one for humans and one for dogs. The dogs were treated with doggy mince pies and meaty pâté. The humans were offered a variety of Christmas themed sandwiches and festive snacks.

The response from the Santa Paws dinner has been overwhelmingly positive. Glowing reviews have been posted on the ticket site, and I witnessed many individuals expressing their gratitude on the day. The event helped to raise awareness for guide dogs, promoted the importance of therapy dogs, and showcased Foster + Baylis’s stunning designs. A win for all involved.